Artificial Intelligence & Art – Can they co-exist?

“It Has Become Appallingly Obvious That Our Technology Has Exceeded Our Humanity” is a sentiment stated by Donald Ripley in the 1940’s but still rings true to this day. As society develops and technology develops us as humans follow behind it.

This is evident in the development of Artificial Intelligence creating art, an emerging technology that has raised serious questions as to whether it has the potential to replace humans and the work they create and even whether or not it is ethical to compare it to pieces of work created by the hands of a person?

Below is a piece of artistry titled “Théâtre D’opéra Spatial (French for Space Opera Theatre)” that took first place in the emerging artist division’s category at the Colorado State Fair Fine Arts Competition.
The only issue is that it was generated by AI software MidJourney and the winner of the competition Jason M Allen has seemingly sparked huge controversy over the image, raising serious question as to whether or not the piece should have won given that he did not physically create the piece, he solely envisioned it and let the AI software do the rest. 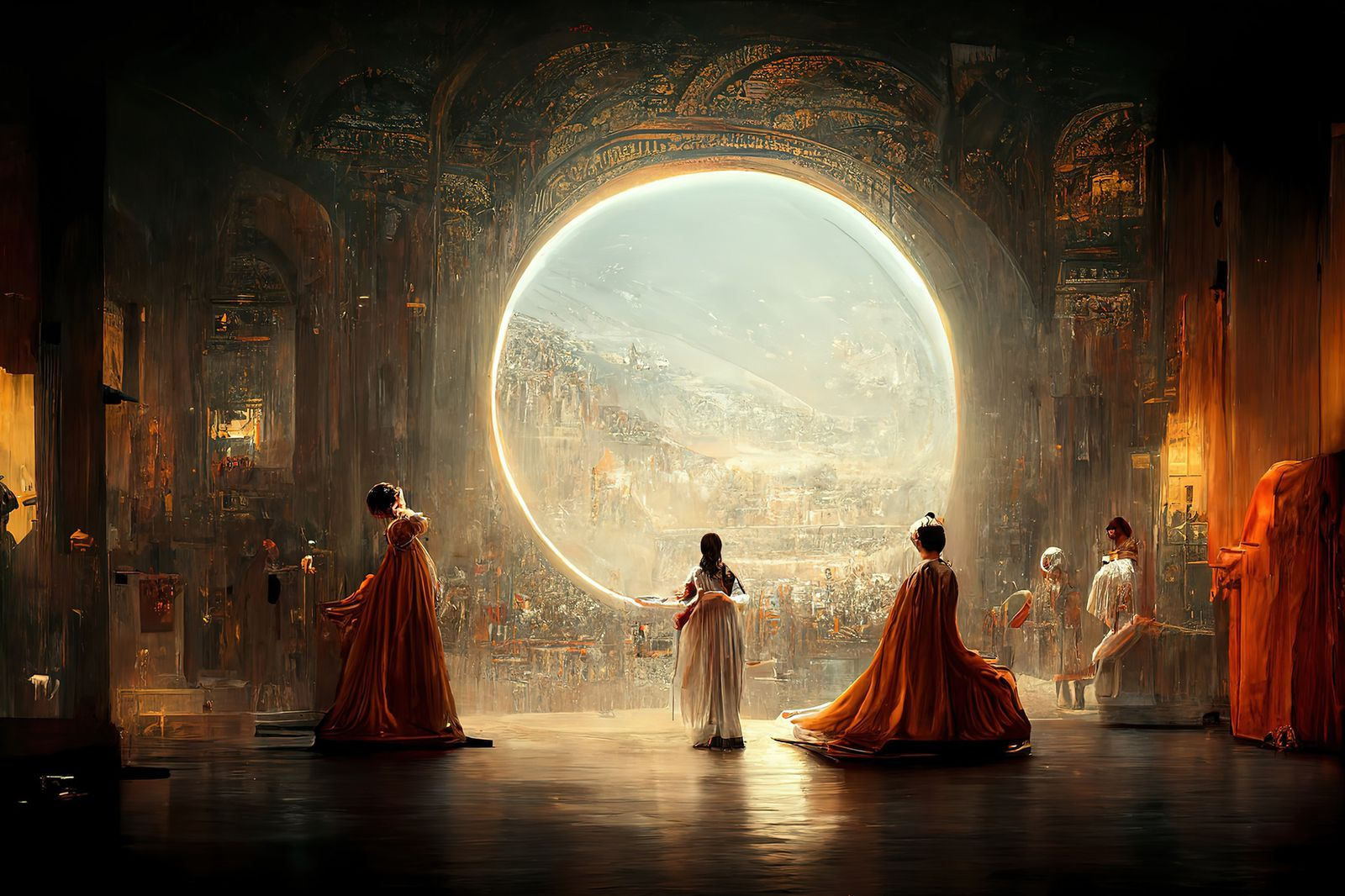 What is the technology?

Despite its increase in popularity over the past year, AI generated art can actually be dated back as early as the 1950’s to some of the earliest computers. They were tasked with the role of generating basic patterns and shapes. By the 1990’s AI was used to generate poetry, music and very basic forms of art including painting and sculptures. Fast-forward to current times and a simple search bar will allow Artificial Intelligence to create the most niche and realistic images within a matter of seconds.

One of the most popular AI art generators known as NightCafe allows for users to type in a prompt that can be as basic or as abstract as they wish and with a simple press of the search button they will see an array of artworks generated by the bot. The platform is also currently developing a video option where users will have the opportunity to create videos using the algorithm.

With new AI art generators being released more frequently than ever, each with their own distinct features it is pretty evident that a lot of people are beginning to veer their art into this direction which starts to beg the question, does it have any implications on artists and consumers of the medium alike?

What is the issue?

These AI art generators have raised major concern amongst the art community in particular as many are starting to wonder whether it is just a matter of time before they replace artists permanently. Cal Duran, one of the judges who allowed Jason M Allen’s AI generated art piece to win stated that he himself did not realise that the piece was generated by Artificial Intelligence. This is a testament to how legitimate the pieces of art can be. Duran went on to stick by his decision of nominating it as the winner of the competition and called it a “beautiful piece”.

What are the benefits?

Despite the growing concerns that the medium is creating AI Art Generators are also garnering a lot of attention for the benefits that they can bring. For instance, simply typing into a generator a simple prompt for an image would remove the need for many businesses to spend the time and the money to hire an artist for commissioned work. The efficiency and accuracy of some of the bots also allow for people who are unable to physically create art but have the imagination to think of art pieces to bring them to life.

After examining the pros and the cons of the technology I figured it is pretty hard to give it a fair shake without trying one of these art generators for myself and luckily enough, with all the different alternatives available it wasn’t hard to find one. I opted to trial out NightCafe as a lot of people online said that this was the best option for beginners given how straight forward it is to learn, so after a couple of attempts of messing around with the prompts and trying to come up with the most random, obscure concepts for the AI to generate I can safely say that I believe that the future of artistry still remains heavily in the favour of humans.

The AI still has a long way to go before it can follow prompts correctly and from my experience with NightCafe I found that every single artwork it produced was wildly off the mark of what I envisioned for it. It’s clear that using these softwares takes hours, if not days of tweaking and correctly the prompt to get a result that suits the user’s vision which is a major flaw as opposed to physically crafting a piece of art that correlates perfectly with what the artist intends for it to look like.